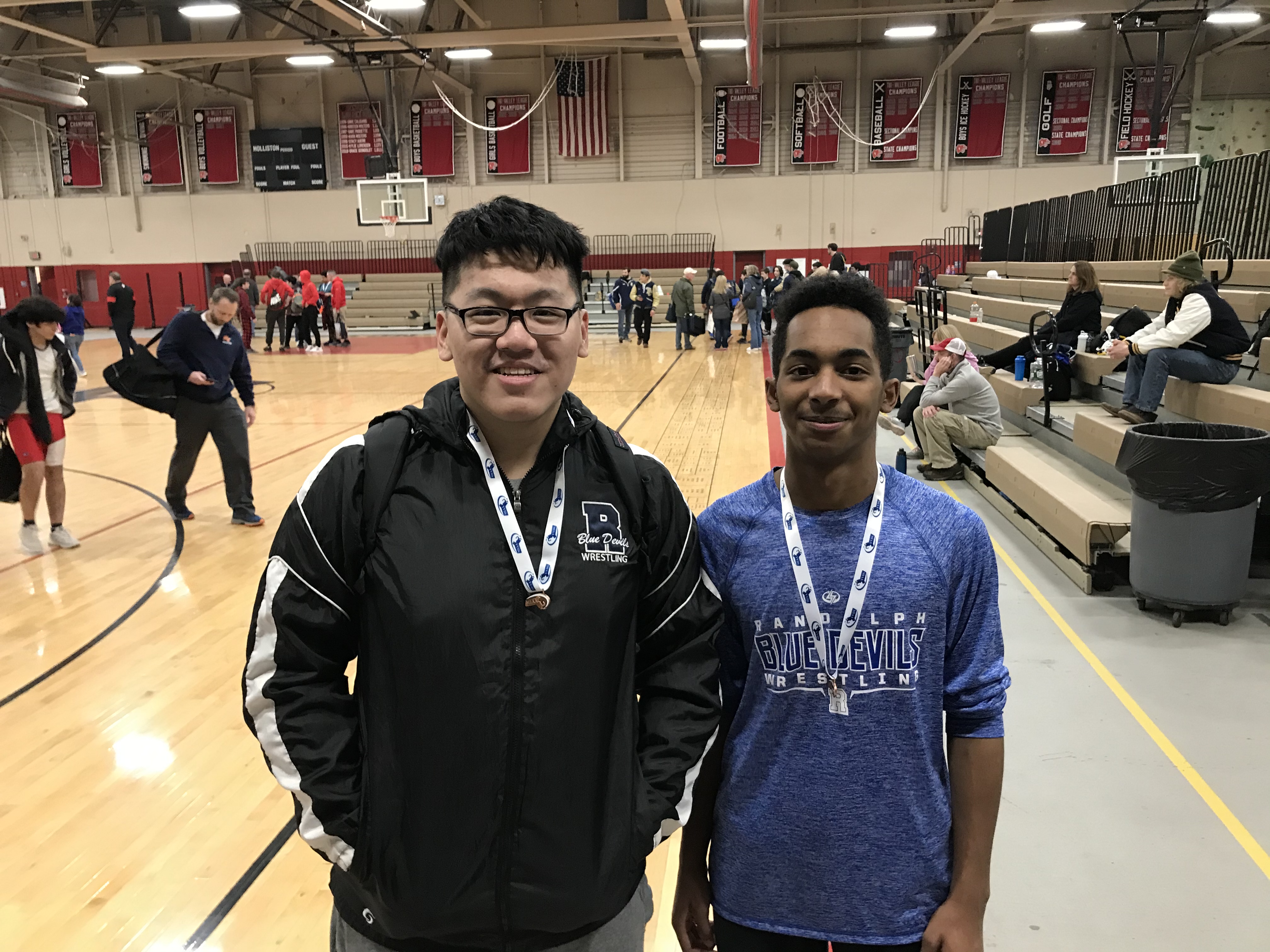 Sophomore JC Conception placed 5th in the 132lbs weight class. JC came back from a 8-1 deficit to win his first round match. He then lost to the tournaments 3rd ranked wrestler in the quarter finals. After two wins in the consolation round, JC lost a heartbreaker in the state tournament round 7-5. JC again battled back from a large deficit in that match. He fought to the end and had his opponent on his back. Unfortunately, time expired before he could complete a 5 second count. Had that count been completed he would have won 8-7. JC then easily beat his opponent in a match for 5th place. That win qualifies him to attend the state championships as an alternate.

Senior John Lee (heavyweight) also had a strong tournament. He was winning his first round match 9-2 when a costly mistake put him on his back. He lost by pin with only seconds left. Two wins in the consolation round put him in the state qualifier round. John battled the 3 ranked wrestler with a very in the state tournament on the line. Unfortunately, John fell short. In the 5th place match John defeated his opponent by pin. This win qualifies John to attend the state tournament as an alternate.

No Events This Week

Events are added by athletic staff.
View All Events